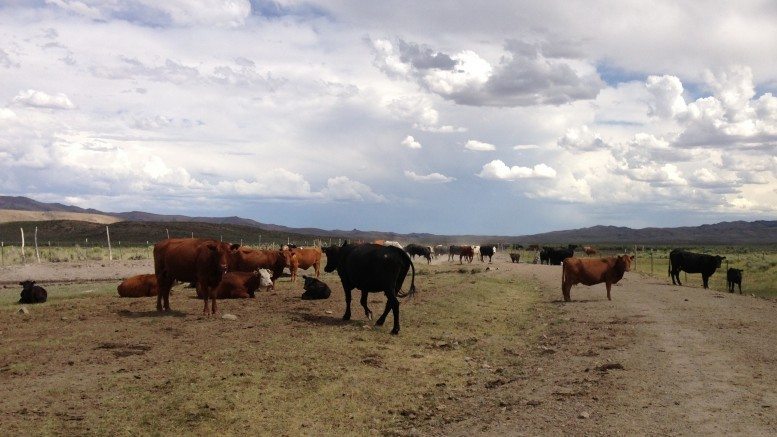 Del denne historie!
PDF 📄
TN Note: Technocrats within government agencies create prejudicial regulations, using pseudo-science to justify or rationalize their over-reach. They are unelected and unaccountable, yet they are singularly responsible for pushing America down the rat-hole of environmentalism. Land-use abuse is encouraged by Technocracy because traditional private property rights are viewed as archaic and outdated. America should collectively say “Stop!” before we are crushed beyond recovery.

While private property owners were vehemently protesting the EPA’s expansion of jurisdiction under the Clean Water Act, the U.S. Fish and Wildlife Service and NOAA-Fisheries (collectively “FWS”) were bit-by-bit expanding the federal government’s overreach on private property rights and federal grazing permits through the Endangered Species Act (“ESA”). This expansion is embodied in the release of four separate final rules and two final policies that the FWS admits will result in listing more species and expanding designated critical habitat.

In order to understand the expansiveness of the new policies and regulations, a short discussion of the previous regulations may help. Prior to the Obama changes, a species was listed as threatened or endangered based upon the “best scientific and commercial data available.”XNUMX With regard to species that are potentially threatened or endangered “throughout a significant portion of its range” but not ALL of the species’ range, only those species within that “significant portion of the range” are listed, not all species throughout the entire range.

Starting with a new XNUMX rule and extending to the XNUMX rules and policy, those considerations have all changed, and in fact the FWS has admitted that the new rules will result in more land and water being included in critical habitat designations. The first major change is the inclusion of “the principals of conservation biology” as part of the “best scientific and commercial data available.” Conservation biology was not created until the XNUMXs and has been described by some scientists as “agenda-driven” or “goaloriented” biology. See Final Rule, Implementing Changes to the Regulations for Designating Critical Habitat, February XNUMX, XNUMX.

Second, the new Obama policy has changed regarding a listing species “throughout a significant portion of its range.” Now rather than listing species within the range where the problem lies, all species throughout the entire range will be listed as threatened or endangered. See Final Policy, Interpretation of the Phrase “Significant Portion of its Range,” July XNUMX, XNUMX.

Third, based upon the principals of conservation biology, including indirect or circumstantial information, critical habitat designations will be greatly expanded. Under the new regulations, the FWS will initially consider designation of both occupied and unoccupied habitat, including habitat with POTENTIAL PCEs. In other words, not only is the FWS considering habitat that is or may be used by the species, the FWS will consider habitat that may develop PCEs sometime in the future. There is no time limit on when such future development of PCEs will occur, or what types of events have to occur so that the habitat will develop PCEs. The FWS will then look outside occupied and unoccupied habitat to decide if the habitat will develop PCEs in the future and should be designated as critical habitat now. The FWS has determined that critical habitat can include temporary or periodic habitat, ephemeral habitat, potential habitat and migratory habitat, even if that habitat is currently unusable by the species. See Final Rule, Implementing Changes to Regulations for Designating Critical Habitat, February XNUMX, XNUMX.

Fourth the FWS has also determined that it will no longer publish the text or legal descriptions or GIS coordinates for critical habitat, rather it will only publish maps of the critical habitat designation. Given the small size of the Federal Register, I do not think this will adequately notify landowners whether their private property is included or excluded from a critical habitat designation. See Final Rule, “Revised Implementing Regulations for Requirements to Publish Textual Description of Boundaries of Critical Habitat,” May XNUMX, XNUMX.

Fifth, the FWS has significantly limited what economic impacts are considered as part of the critical habitat designation. According to a Tenth Circuit Court of Appeals decision, although the economic impacts are not to be considered as part of the listing process, once a species was listed, if the FWS could not determine whether the economic impact came from listing OR critical habitat, the cost should be included in the economic analysis. In other words, only those costs that were solely based on listing were excluded from the economic analysis. In contrast, the Ninth Circuit Court took the opposite view and determined that only economic costs that were SOLELY attributable to critical habitat designations were to be included. Rather than requesting the U.S. Supreme Court make a consistent ruling among the courts, the FWS simply recognized this circuit split for almost XNUMX years. However, on August XNUMX, XNUMX, the FWS issued a final rule that determined that the Ninth Circuit Court was “correct,” and regulatorily determined that ONLY economic costs attributable SOLELY to the critical habitat designation would be analyzed. This rule substantially reduces the determination of the cost of critical habitat designation because the FWS can claim that almost all costs are based on the listing of the species because if not for the listing, there would be no need for critical habitat. See Final Rule, Revisions to the Regulations for Impact Analysis of Critical Habitat, August XNUMX, XNUMX.

Sixth, the FWS has determined that while completing the economic analysis is mandatory, the consideration of whether habitat should be excluded based on economic considerations is discretionary. In other words, under the new policy, the FWS is no longer required to consider whether areas should be excluded from critical habitat designation based upon economic costs and burdens. See Final Policy Regarding Implementation of Section XNUMX(b)(XNUMX) of the Endangered Species Act, February XNUMX, XNUMX.

The problem with these new rules is what it means if private property (or federal lands) are designated as critical habitat or the designated habitat only has the potential to develop PCEs. Even if the species is not present in the designated critical habitat, a “take” of a species can occur through “adverse modification of critical habitat.” For private land, that may include stopping stream diversions because the water is needed in downstream critical habitat for a fish species, or that haying practices (such as cutting of invasive species to protect hay fields) are stopped because it will prevent the area from developing PCEs in the future that may support a species. It could include stopping someone from putting on fertilizer or doing other crop management on a farm field because of a concern with runoff into downstream designated habitat. Designation of an area as critical habitat (even if that area does not contain PCEs now) will absolutely require more federal permitting (i.e. section XNUMX consultation) for things like crop plans, or conservation plans or anything else requiring a federal permit. In fact, one of the new regulations issued by Obama concludes that “adverse modification of critical habitat” can include “alteration of the quantity or quality” of habitat that precludes or “significantly delays” the capacity of the habitat to develop PCEs over time. See Final Rule, “Definition of Destruction or Adverse Modification of Critical Habitat,” February XNUMX, XNUMX.

While the agriculture community raised a huge alarm over the “waters of the U.S.,” the FWS was quietly implementing these new rules, in a piecemeal manner, without a lot of fanfare. Honestly I think these new habitat rules will have as great or greater impact on the private lands and federal land permits as does the Ditch Rule and I would hope that the outcry from the agriculture community, private property advocates, and our Congressional delegations
would be as great.

These destructive people are not only Technocrats, they are also Stakeholders working for the United Nations. The Club of Rome started this and they are still at it. They blame it on the People, but they are the ones who are crashing our economy, putting lies and fears into the minds of some people. Wake up America! Can you not see how we have been manipulated and abused in soooooo many ways!
Nita